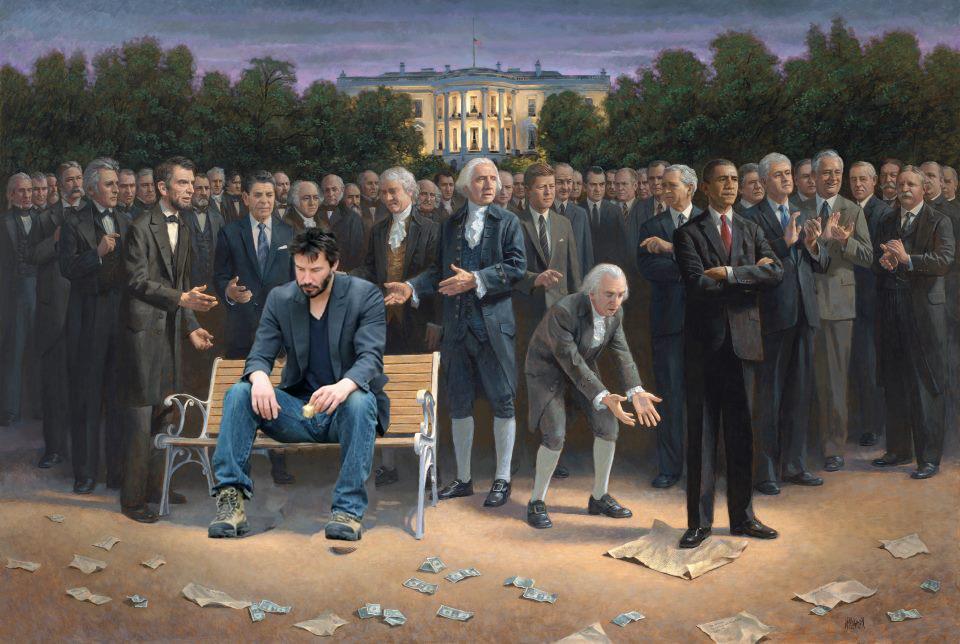 (CBS) This tableau is called “The Forgotten Man”, a painting by Jon McNaughton, an artist who is known for his politically-charged work.

The painting, which uses objects such as discarded dollar bills as symbols and scraps of paper with individual constitutional amendments scrawled onto them, has been making the rounds across the Internet.

The painting was initially released in 2010 and has resurfaced, causing a stir when it appeared for a caption contest on MSNBC’s Rachel Maddow’s blog.